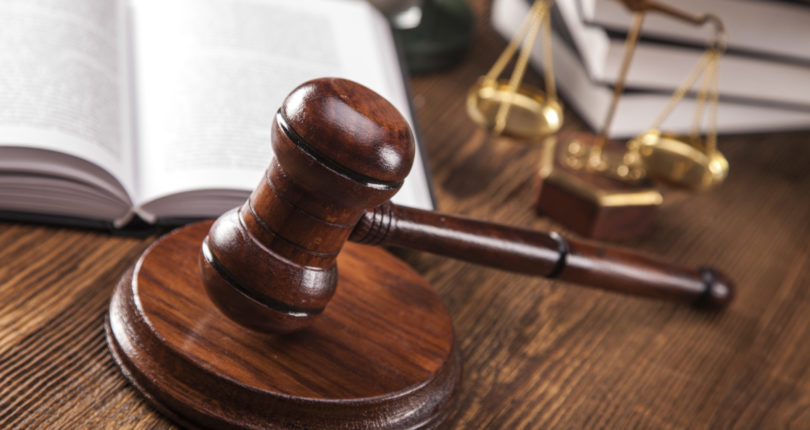 A cloud of anxiety hovers around Agidingbi, a sprawling community in Ikeja, the capital city of Lagos as the Akinole-Oshiun family got order to take possession of 398 acres of land in that zone, following a Supreme Court judgement which ruled against Lagos State Government, the earlier owners.

The development was the outcome of a 42-year old legal tussle between the family and the Lagos State Government over the ownership of the land.

The land area covers parts of the popular Acme road and Lateef Jakande with estimated over 2000 buildings.

And since the final verdict from the apex court, there has been anxiety among residents who are currently bereft of what would be the mode of executing the court order by the new land owners.

Many residents have expressed shock when members of the Akinole-Oshiun family stormed the area with security agents to take possession of the land by pasting Caveat Emptor notice on all the buildings and “ID/923M/99 Possession taken today 26.4.19 by Court Order”.

“Some of us woke up to see the Notice pasted at our gates. Also many staff of businesses and companies around were also stunned seeing the notice in the early hours of Thursday which was not there a day before”, said a resident of the area. Daily Trust reports that the development has generated mixed reactions among the said “illegal occupants” with residents of the popular Fagba Estate meeting today to discuss the issue. By the notice, the family has asked “all the illegal occupants” to contact its solicitors, Ayo Opadokun and Co “with whatever documents they have to rectify their title with payments”.

They were given seven days to comply, “failure to adhere to this notice strictly will amount to forfeiture of the said land.” The notice, pasted on all the buildings, indicated that the first judgement which affirmed the ownership of the land to the Akinole-Oshiun family was first delivered in 1983.

The notice read in part: “This is to inform the general public and in particular, all illegal occupants of that piece of land measuring 398 acres, situated, lying and being at Agidingbi, Ikeja, Lagos State that the said land has been variously confirmed up to the Supreme Court of Nigeria as legally belonging to the Akinole-Oshiun Family, a land area which is more delineated in the Judgement Survey Plan No. CK/LS/272 dated 22/12/17 drawn by Abolade Coker, Licenced Surveyor; that the family has by the above court judgements taken possession of its legitimate land immediately.

“The title of the said parcel of land has been variously re-affirmed in favour of the Akinole-Oshiun Family in the following cases namely:

“3. Further Appeals to the Supreme Court in Suit No. SC/173/2009 dated 24th May 2010, was dismissed thereby reaffirming the judgements of the High Court and the Court of Appeal respectively.

“4 “That pursuant to the various Certificates and Warrants of Execution for Possession issued by Particular Lagos State High Courts to the Akinole-Oshiun Family, dated 28th July 2000 and 3rd October 2006, the latest being that which was issued on 3rd November 2016 after the favourable judgment secured by our family in Suit No. ID/923M/99, the family was again frustrated through a curious appeal filed by a non-party to the cases, which sought to relitigate the case already decided by Supreme Court in our favour since 24th May 2010.

“Therefore, by the above, Lagos State High Court and Court of Appeal favorable judgments, the Akinole-Oshiun Family takes effective possession of our land, the 398 acres of land at Agidingbi, Ikeja, Lagos State”.