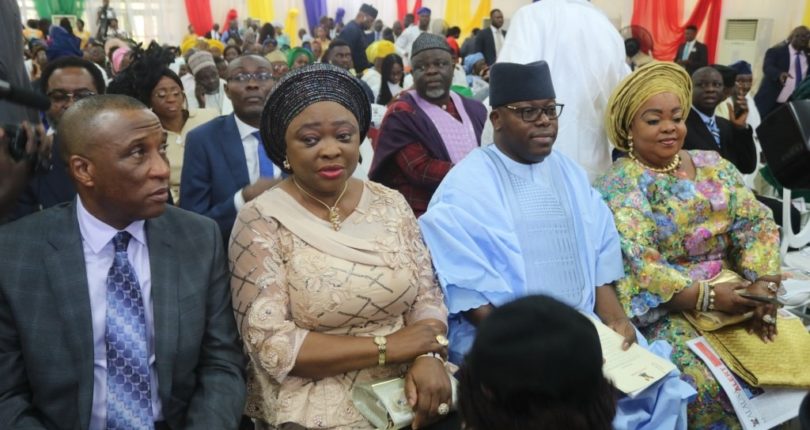 The Commissioner for Housing in Lagos State, Mr. Maruf Akinderu-Fatai has declared that the State is poised to compete favorably with other smart cities in the world in the area of provision of affordable housing for all.

The newly-appointed Commissioner made the declaration on Tuesday in Alausa during a meeting with the staff of the Ministry, adding that many people come to Lagos every day from all parts of the country without any plans of returning back to their hometowns.

In his words, “Lagos is the unique destination of choice for not only Nigerians but also nationals of neighboring countries. People come to Lagos for every reason. They do not have any plans for going back thereby increasing the housing deficit on a daily basis. We have to provide decent accommodation for them all”.

He noted that the challenge in achieving housing for all in the State is quite huge but the present administration is capable of resolving this on a consistent basis, adding that the Ministry intends to speedily complete some of the ongoing housing schemes and energize private sector participation to yield greater value in the sector.

The Commissioner expressed great optimism that, in spite of the present deficit, Lagos State has the wherewithal to compete favorably with other smart cities all over the world in the provision of housing for all.

“Actualising the vision of building a 21st-century economy with decent shelter for all is within reach. Lagos is blessed with the potentialities and we are strongly committed to bringing it to fruition”, he said.

He implored all stakeholders in the housing sector to support the government in order to speedily achieve the vision of providing qualitative and affordable homes for all classes of people in the State.

Earlier the Special Adviser to the Governor, Mrs. Adetoke Benson-Awoyinka disclosed that the Ministry will look into the provision of temporary shelter for the distressed and vulnerable people in order to reduce the problem of homelessness and destitution.

Hundreds of residents of Agidingbi in Ikeja Local Government on Thursday stormed the Lagos State...