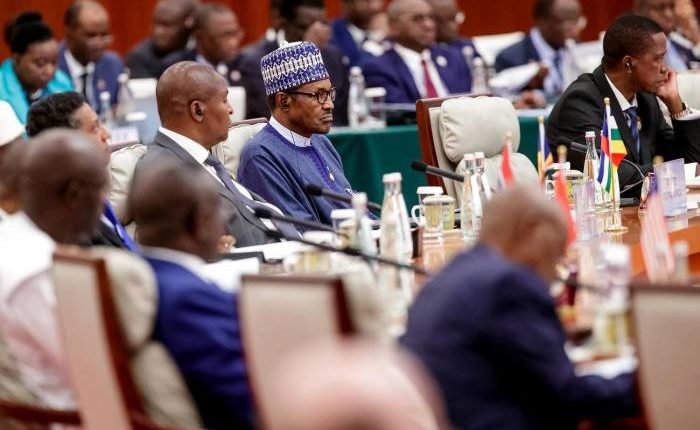 President Muhammadu Buhari on Wednesday in Beijing, China, assured existing and prospective Chinese investors of high-level support for their investment plans in Nigeria.

The President’s Senior Special Assistant on Media and Publicity, Malam Garba Shehu, in a statement in Abuja on Wednesday, said the president gave the assurance at separate meetings with prospective Chinese investors on the sidelines of the Forum on China and Africa Cooperation (FOCAC).

According to Buhari, Nigeria is endowed with abundant human and material resources as well as a young population that is very energetic, innovative and ready to work.

He, therefore, encouraged Chinese companies and entrepreneurs to take advantage of the improved business environment in Nigeria and invest in key sectors of the economy.

While acknowledging the contributions of Chinese companies in developing the country’s infrastructure, the president noted that there was still more to do.

The Ruyi Group, a leading Chinese company, had met with the President with a plan to invest 200 million dollars for an industrial park in Kano State, cotton farms in Funtua, Katsina State, and textile and garment manufacturing establishments in Aba, Abia, and Lagos.

The proposed investment will cover the entire cotton value chain including farming, ginning, spinning, weaving and power generation, to support the processes.

Ruyi Group Chairman, Mr Yafu Qui, told President Buhari that they settled for Nigeria after one-and-a-half year search for an African hub because of the country’s population, abundant human and material resources and a ‘strong leadership’ that had diversification agenda for the country.

Buhari also received Prof. Justin Yify Lin of the Peking University, a former World Bank Chief Economist, currently serving as a consultant to the Nigerian government on the setting up of Special Economic Zones.

In this follow-up meeting after the first in 2016, Lin told the President that progress had been made with the identification of the cotton value chain as a pilot for the setting up of labour intensive industrial parks

He noted that the idea of the Ruyi Group as an investor was partly coming from their studies.

At a separate meeting, the Senior Vice President of telecom giants, Huawei, Yi Xiang, announced that the company would provide 10,000 Nigerians talent training in ICT each year, Shehu said.

He said Huawei was executing the second phase of the National Information and Communications Technology Backbone Project (NICTIB II) 328-million-dollar project, which was signed between China and Nigeria earlier on Wednesday.

The telecom giant chief said of the 10,000 Nigerians, half of them would undergo intensive training on Huawei certification programme, to empower them to work anywhere in the world.

Mr Yi also told Buhari that the company had trained 1,000 civil servants in Nigeria and would offer additional 1,000 training slots within and outside the government.

Responding, Buhari expressed satisfaction on the development of the ICT infrastructure backbone in the country.

He observed that it was consistent with the administration’s determination to institute e-governance to help fight corruption by increasing transparency.

The President added that the project would promote better education in the rural areas and encouraged Nigerian youths to optimize the opportunities of the new infrastructure facilities.